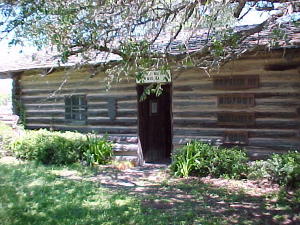 This cabin, the exact replica of Texas legend "Bigfoot" Wallace's home, opened in 1954 as the result of local inventor and philanthropist Bunyan Blackwell's many months of organizing and planning.  Later, rooms were added to house the numerous items of interest donated by people from near and far, all interested in preserving the colorful heritage of Bigfoot Wallace's adopted state. 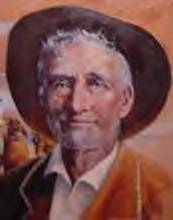 William Alexander Anderson Wallace was born April 3, 1817, in Virginia.  He came to Texas to avenge the death of relatives who were killed in battles for Texas' independence from Mexico.  By the time he arrived, Texas was already a republic.  He stayed in his beloved adopted state and fought Indians, joined the famed Texas Rangers, and carried the mail for the Pony Express from San Antonio to El Paso. Wallace was imprisoned in Mexico and took part in the famous Mier Expedition, where beans were drawn from a bucket to determine which prisoners would live or die.  He fortunately "drew deep" and got a white bean, saving his life.  The name "Bigfoot" originally belonged to a large Indian who stole livestock and many things from the settlers.  A good friend of Wallace's, William Fox, jokingly gave Wallace the name of "Bigfoot", saying that when the Indian wasn't around, Wallace -- being a man of large stature-- could easily take his place.  The same story also goes that Fox was killed in a raid by the "bigfooted" Indian several years later. Bigfoot Wallace never married. He died in the town of Bigfoot, named for him, in 1899 and was buried at Longview Cemetery.  Later his remains were moved to the State Cemetery at Austin. 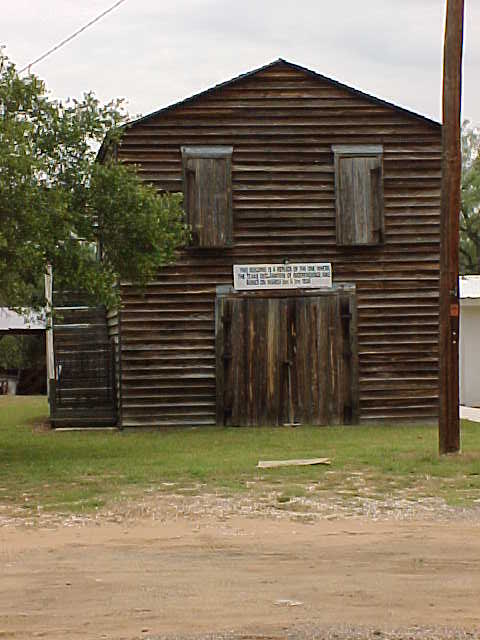 Next door to the museum is a replica of the building where the Texas Declaration of Independence was signed at Washington-on-the-Brazos. Inside are antique wagons, buggies and clothes from the past.

The Bigfoot Wallace Museum is open every morning on the second Saturday of each month and by appointment. Please call in advance for tour groups - (830)-663-2532, or submit your request via email on the Contact Us page.

The links are provided as a service to help with research or to further knowledge of the history and origin of the Bigfoot Community. The links can change at any time without notice.